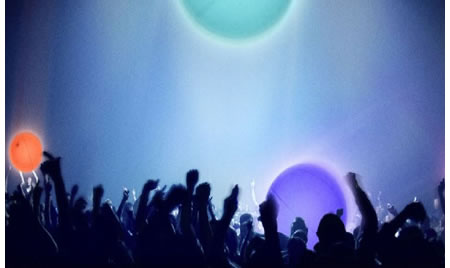 Created by designer Alex Beim of the interactive collective Tangible, the Zygote will soon become the must-have of any rave party or concert worldwide. The ball looks so much of fun and as the designer says, it’s so strange to see people enjoying such a simple thing. The Zygote is basically a ball that houses a cube of touch-sensitive, colored LEDs, in helium filled globe. The one-and-a-half-meter sphere bounces and responds to your smacks with a display of colors. Check out the video to catch Zygote in action.
(Video after the jump)