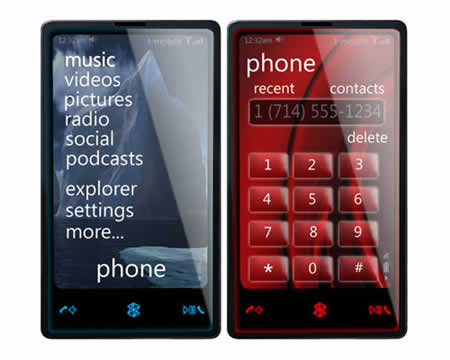 Zune phone to make a show at MWC 2010, so say the Spaniards

The Zune Phone, sigh… If only it could be. And then presto, MuyComputer Spanish blog, got an apparent confirmation that Microsoft’s much talked, about much awaited Zune mobile phone will be making an appearance at MWC 2010 in Barcelona Spain this. Complete with fantastic touch enabled smooth flowing UI and how silly of me I forgot the most important feature of all, Nvidia’s Tegra chip for the fantastic graphics. Of course Zune fans out there a need to control their drool as the device is most likely going to be nothing more than a Windows Mobile 7 (also anxiously awaited) device and will incorporate some sort of Zune application or UI. That’s good enough for me. But like the Zune this handset just might also incorporate an HDMI out function.Either ways I’m looking forward to both WinMo 7 and having a Tegra chip isn’t going to be a bad thing at all is it?
[Gizmodo]