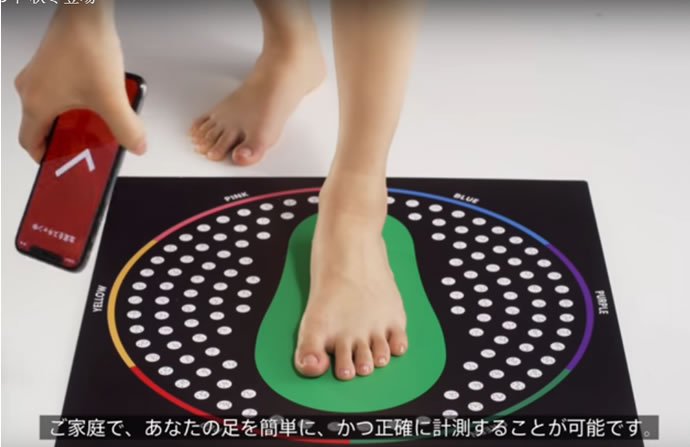 ZOZOMAT from ZOZO Japan can measure 3D size of your foot free. User can measure the same from his home. This service will be available in Japan only from autumn 2019. ZOZOMAT is a mat on which the user has to keep his foot and convert the shape of the foot in 3D data with high accuracy using smartphone camera. Follow the voice activated guidance from the dedicated app for measurement. Besides measuring the size of the foot, you get measurements of multiple areas of the foot like instep height, foot width and heel width and so on. The shape of the foot can be 3D measured in mm units, and the foot type can be confirmed 360 degrees as 3D data within the application.


ZOZOMAT itself is a simple one where basic layout including dot markers is printed on paper, and it can be distributed at low cost. In addition, the layout of ZOZOMAT can be published as it is on paper media such as newspapers, and it is also considered to be distributed as PDF so that it can be printed by a home printer. ZOZO is expanding and strengthening its sales corner of shoes in Japan with simultaneous distribution of ZOZOMAT. 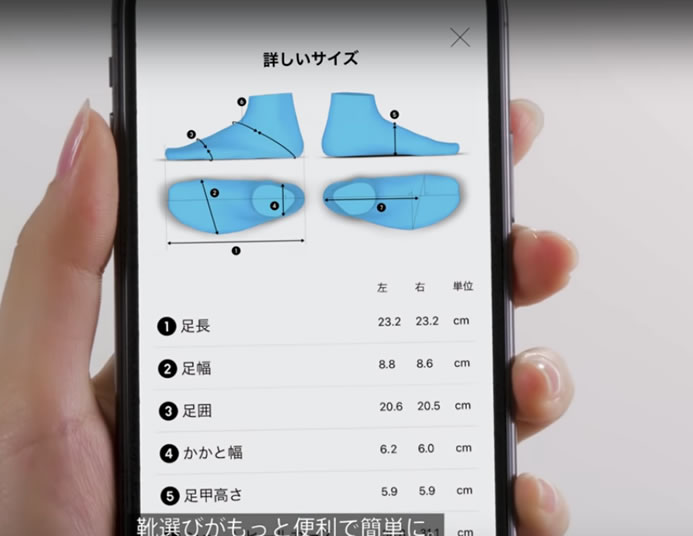