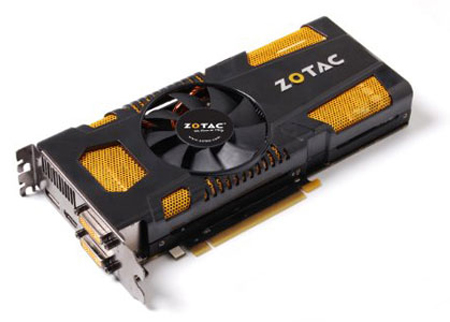 Not often do we see graphics enhancers making their wares available in limited editions. But that’s just what the Zotac GeForce GTX 560 Ti 448 cores are talking about. The 448 CUDA cores come packed along with a 320-bit memory interface, a 756MHz GPU clock, a 1530MHz shader clock and a whopping 1280MB of GDDR5 memory that is set at 3800MHz. Other features include a dual-slot, single-fan cooling system with DVI, HDMI, and DisplayPort outputs.

The Zotac GeForce GTX 560 Ti 448 cores limited edition graphics card will cost you just under $300 and is available across the US.
Tech Powerup