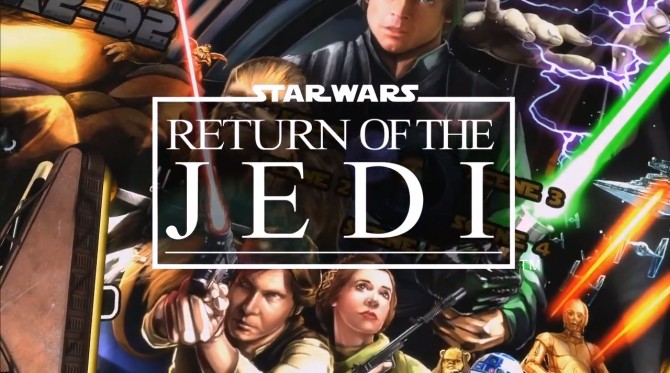 Given a chance, a true Star Wars fan will want everything around wrapped in different Star Wars themes. Bring pinball into the mix and we have to ourselves a nostalgic ride of epic proportions! Zen Studios which launched a Star War themed digital pinball game early this year has announced it will add an Episode VI Return of the Jedi based table. Yesterday it launched a trailer of the pinball game with the Return of the Jedi Table in action.


The 3D pinball table is centered on the major events and parts of the epic space opera and the pinball player will be able to assist the rebel forces including Luke Skywalker, Han Solo, Chewbacca, Princess Leia, Lando Calrissian, R2-D2, and C-3PO to contest the dark forces and bring down the Sith. The release date is yet to be announced but the game Star Wars Pinball: Balance of the Force will be available to download via digital retailers for Xbox Live Arcade, PlayStation Network, Nintendo eShop, Apple App Store, Google Play, Steam, Windows 8 and Kindle Fire HD.