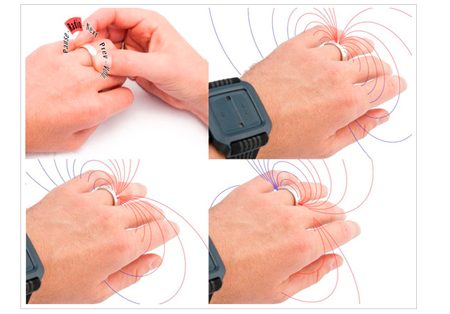 The ring has gone down centuries, ever since its discovery to be of utmost significance. From fingers of royals, to a mythical story, to a horror movie, to the reason of celebration in holy matrimony. All this calls for a modern rendition of this cool accessory that reflects something that defines this age – cellphones. Nokia Nenya happens to be a concept we’re taking keen interest in. It’s basically a ring whose name is inspired by Galadriel’s ring from LOTR. Twisting the ring by 45 degrees angles makes it possible for you to send commands across to your device. There are eight different functions that the ring can control.

Sadly the ring doesn’t work alone. Its rotations are picked up and studied by a Bluetooth-enabled bracelet that ‘undecorates’ your wrist completely. I’m waiting for Bluetooth earrings and Tweeting nose rings now.
MobileSyrup