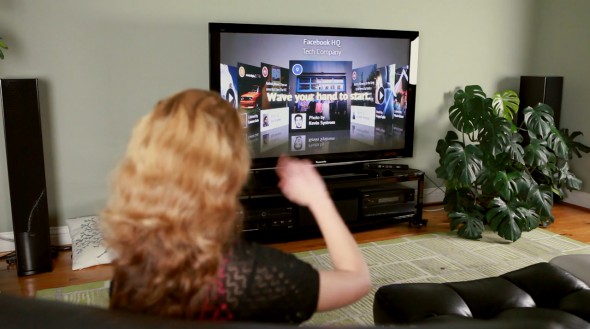 Reaching out for the remote placed below your television screen beats the purpose of being a couch potato-turnip-pumpkin, right? Well, soon you simply will not have to use a remote control to flick the channels and control the television screen’s volume! Behold, gesture control! Better known as Russia’s own Google, Yandex has pulled the veil off what could soon be termed as yet another cause of modern day obesity and lethargy, the gesture-controlled television screen! The screen allows a viewer to surf through channels without getting up from his/her seat and walking around the look for the remote control.


The Yandex brainchild does, however, require an internet connection and given the fact that thousands of televisions across the globe are already connected to the internet, this doesn’t seem to be a difficult task to achieve. The screen uses technology from Microsoft’s Kinect, the gesture controlled gaming system that allowed us all to play a hearty game of lawn tennis and more at home. The new display can be controlled with simple and not-so-difficult-to-master gestures.