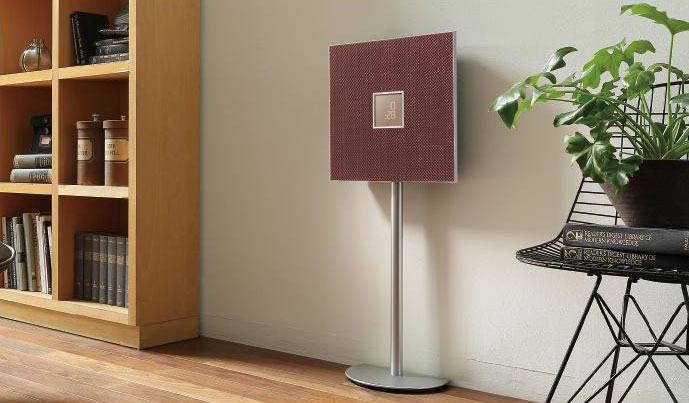 Yamaha has released a very sleek and compact ISX-803 music system which consists of Bluetooth, CD player, and FM. The music system looks like a work of art and has been specially designed to blend into the decor of the house. The Yamaha music system can be mounted on the wall or kept in the uber stylish stands that they have been provided with. So, it can be kept anywhere in the house, and shifted from one room to another. It is available in four earthy colours – Brick, Blue, White, and Black. The music consists of three parts a streamlined pedestal, a grid and a metal tube which connects the grid and the pedestal. The Yamaha ISX-803 audio system is very versatile as it is compatible with a number of sources. It has a CD player and FM tuner which has five presets. The CD player supports MP3 and WMA files. There is a “Music Enhancer” which increases the sense of volume when the music playback source is compressed; the music system also has a good treble dealing ability. There’s also a three band equalizer which can be used to set the sound as per your preference. Since it has a USB port, you can also play music from your pen drive or a MP3 Player. Music from your smartphone or tablet can also be played via Bluetooth. If you want to play music from your computer, then there’s auxiliary audio input minijack stereo (3.5 mm) which can be used for the purpose. The Bluetooth version is 3.0 with A2DP, able to work with audio codecs aptX, SBC and AAC and has a range of 10 meters.