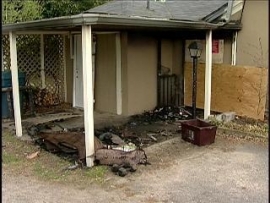 Xbox 360 and its infamous ring of death are a deadly combo. This is what a gamer in Little Rock, Arkansas discovered the hard way. Apparently his house was almost burned down by Microsoft’s sizzling console. Fortunately no one was at home when the power cord caused a small fire which eventually engulfed a part of the house. Investigators were able to trace the fire back to the 360. “It was melted and it looked like they had it against the wall in on edge and things like that need a little space to dissipate heat,” Little Rock Fire Department Captain Jason Weaver said. “My Xbox 360 has the rings of death, which means something gone wrong you have to send it back for repair. Generally it’s over heating inside,” the owner, Carl Olson, told Today’s THV. Carl’s delay caused him over $100,000 in damages.
Source