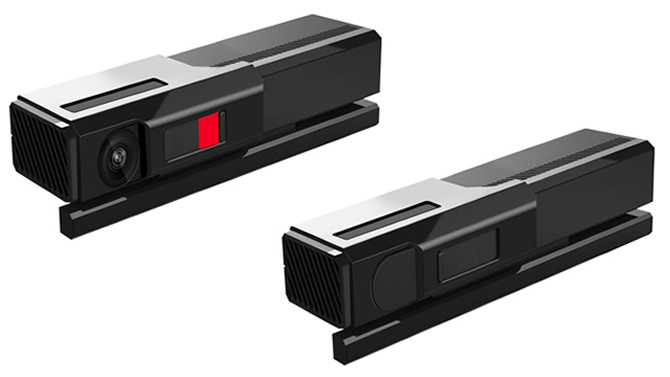 For the paranoid among us geeks and gamers alike, of which I am one of both, did it ever bother you that the Xbox Kinect always has it’s ‘eye’ on you? That it just might still be connected even if powered down or while you’re playing regular games? Or that it might even screen you and capture personal details like your height, body mass, clothing styles etc. and send it Microsoft who might sell it to the various annoying companies that will call and try to sell you stuff? It has bothered me and even though I could place something in front of the camera lens or like one site said, stick a pot-it note. Those options do tend to kill the look of the gadget and makes it seem a little unsightly and crude. Nobody wants that! Heavens forbid! So if you are concerned about style as well, then InterWorks Unlimited has exactly what you need. Enter the Xbox One Privacy Shield.


No this is not some online protection for your data or account info, this is a simple, stylish case for your Xbox Kinect module with a sliding cover for the camera. So whenever you’re feeling the paranoia rise, or you’re getting up to some tricks in the room, just slide the cover over the lens and its back to privacy. A bright orange indicator helps define if the flap is open exposing the lens or closed, just in case. It’s priced at $20 which might seem a little steep for a simple piece of plastic but you can’t say that it doesn’t have its appeal. It’s probably something you could build at home if you’re into crafts and scored well in your workshop class.