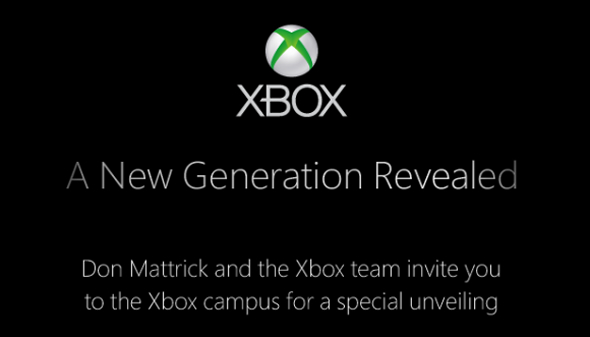 Everyone’s done waiting for the next best Xbox to roll in. The Xbox 360 saw everything from a powerful competitor in the PS3 to an unrivaled accessory in Kinect. But now, the wait for the Xbox 720 has just outdone the hype that all these 360 stories could amass, collectively. The press has been intimated of an Xbox that is expected to be arriving, which will herald a ‘a new generation’ of gaming. This invitation states that Don Mattrick and the entire Xbox team will present the attendees with a “special unveiling” at the event. To kill the suspense of the date in question, do make sure that you head after the jump.


Yes! 21st May is the date for the grand conjuration. It’s timed well before the E3 convention, where better stuff may come rolling out of the pipeline, to grace a generation of unsuspecting gamers. The PlayStation 4 may finally have found its first early rival all decked up and ready to roll. Are you too?