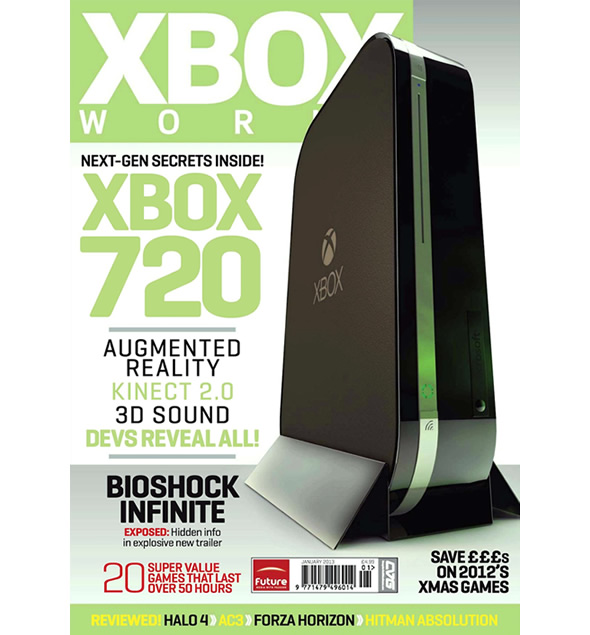 Xbox 720 leaks stir our senses, and now yours

It may be slated to be released before E3 next year, but leaks shall never evade the Xbox 720, a.k.a. Durango. The next version of the globally accepted Xbox 360 is all ready to be unleashed upon the masses. Xbox World, a print publication claims that it holds key details on the specification of the console. We hear talk of a quad-core processor, up to 8GB RAM, Blu-ray player for those who like to double up the offering as a media player, directional audio, provision for TV output and input, ‘innovative controller’ and the addition of AR glasses in the future.


The image hither is only for teasing sake. This seems to be first batch of rumors to spill out. We’re looking for more details, including leaked images to follow.