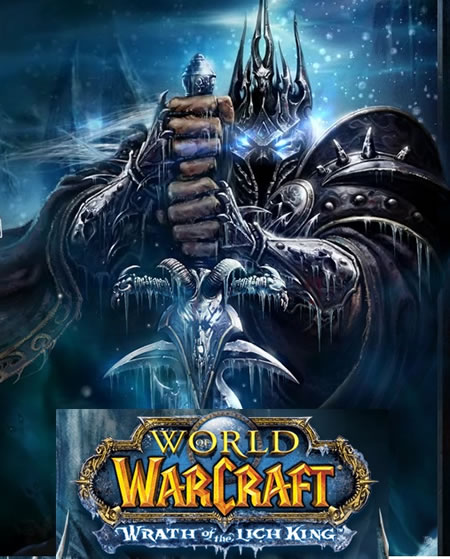 Blizzard Entertainment today has released the second expansion pack for its indomitable World of Warcraft massively multiplayer online role-playing game. Shattering the prior record of 2.4 million copies — previously held by the Burning Crusade expansion — over 2.8 million copies of the MMORPG sold in the first 24 hours alone, making it the fastest-selling PC game of all time. If there was ever any doubt regarding Blizzard’s stranglehold on the PC market, then as of November 13 that doubt was cast aside, slathered in honey, and devoured by a legion of starving bears. If one assumes that all of the copies sold were the $39.99 based edition (the collector’s edition was sold for a $69.99 retail price, but also is being sold for much more) then Blizzard made just under $112 million from the sales of the boxed software alone, on a single day.

The Wrath of the Lich King was launched simultaneously in North America, Europe, Chile, Argentina, and Russia on Nov. 13. Eight more countries launched by Nov. 18. More than 15,000 stores had midnight openings. The Lich King numbers suggest that game companies that create the marquee titles are going to have happy holidays, no matter how tough the economy.
Source