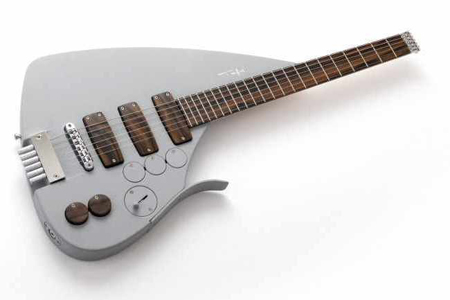 Whatever happened to the age when guitars, especially electric ones, were constantly subject to new ideas in design, technology and ultimately, output? With the dawn of guitar processors there isn’t much effort put into the instrument itself as it has been with the sound enhancing pedals that are totally mutating into something huge! That’s the way we’re looking at the Tesla Guitar line by one Herr Teuffel who has managed to create some cool designs that are likely to introduce new technologies and techniques to the art of the guitar playing.

There are other several, differently styled guitars. Among them, the BC Rich Draco is my favorite. What about you?
Geeky-Gadgets