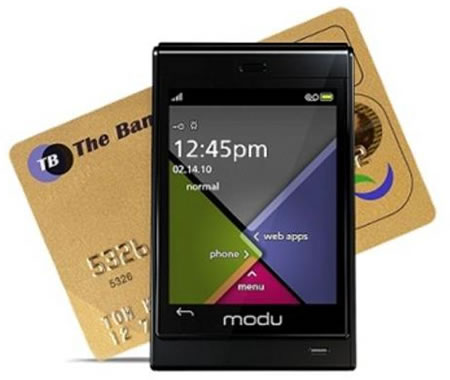 Modu has unleashed the light-weighted brilliance of the world’s lightest touchscreen phone. It’s called the ‘T’. Yes, and lighter than the name is the phone itself that has a cool widget-based touch interface and multiple jackets that can boost the functionality. It seems that Modu have also worked on making this one worthy of being a full-fledged digital camera, a media player and even a photo frame! The representation shows that it’s just as big as credit card and can easily slip into your pocked.