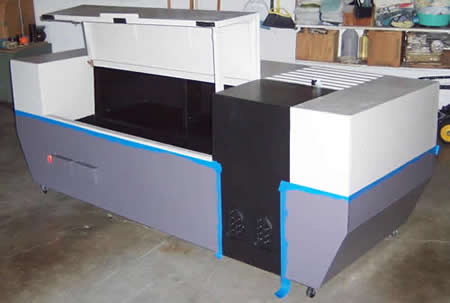 Completely beyond one’s imagination this gigantic NES console measures a staggering 8 ft. wide, 3ft height, 3ft long, while weighing in at 400 pounds. Built by Nationalgamedepot (NGD) it even comes equipped with a working power light that can be toggled on or off with its enormous power button.
He stated that this is his first ever wood working project and has spent approximately 20-30 hours on it. He plans to use it as an entertainment center once it is complete and hopes this project of his will be worthy of the pages of Nintendo Power Magazine. His next step in this project is to obtain the proper NES logos for it and finish off a few minor details.
(He is also making a giant Game Boy, pic after the jump) 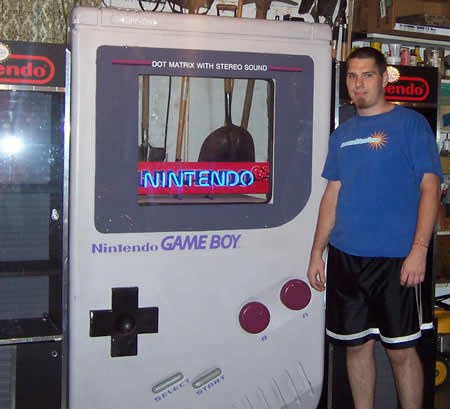