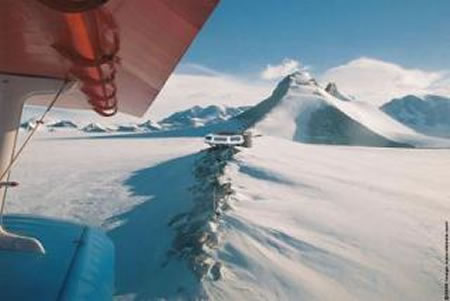 On Sunday, a research station was opened in the continent of Antarctica that uses only alternative energy making it the world’s first zero-emission polar research station. The scientists welcomed this initiative stating that this proves that alternative energy is viable even in the coldest regions of the planet. Global warming, spurred by greenhouse gas emissions, has prompted many governments all over the world to look into alternative sources of energy like wind, solar and bio-fuels. The polar station is steel-encased which uses micro-organisms and decomposition to enable scientists to re-use shower and toilet water up to 5 times before discarding the same.

Wind turbines on the Utsteinen mountain ridge and solar panels on the bug-like, three-storey building ensure that the station has power and hot water. The geometry of the windows has been designed in such a way that it conserves energy. Scientists predict that if ever Antarctica melted, world sea-levels would rise by about 57 meters. Failure to reduce the emissions by 50-85 % by middle of this century will have catastrophic consequences.
Via – [Greenlaunches]