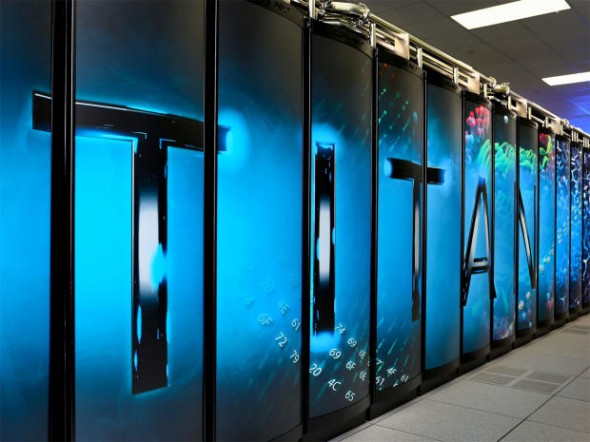 Speed isn’t a thrill in cars alone. Take the world’s fastest supercomputer, Titan, for example. This amazing contraption resides in DOE’s Oak Ridge National Laboratory facility and can handle 20,000 trillion calculations a second. This makes it 10 times faster than the company’s existing Jaguar supercomputer, which had earlier staked the claim of being the world’s fastest and currently stands at number six. The Titan will be a Cray XK7 system with 18,6888 nodes. Each node will be powered by a 16-core AMD Opteron 6274 CPU and Nvidia Tesla K20 GPU. It packs 700TB of memory as well.


The Titan will be used to support research in climatic change, energy studies, efficient engines and material sciences. Simulations are another advantage that the Titan will bring to life.