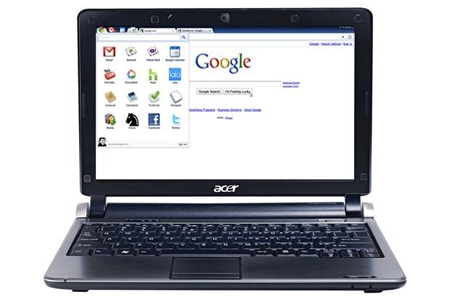 Google Chrome OS had take a bit of a ‘back-seat’ recently with all the hub-bub over the announcement of Google TV. But now that that’s out of the way, it’s back to Chrome, although there’s really nothing new to report, or is there? Acer had already laid claim to being the pioneers in this Cloud OS segment saying that they would be the first to get a device out running the OS. The word on the vine. by that I mean some of the component makers of the various devices, is that we can expect to see a few more companies showing off their Chrome kits sometime this month. Now while this ‘information’ hasn’t been in any way confirmed by the manufacturers, a few of the middle men seem apparently leaked a bit of information here and there indicating that November is the month Chrome OS stuff could make their appearance. There’s even word that Google will have a device with their own branding, hopefully we won’t see a repeat of the Nexus One fiasco. Looks like the wait for Chrome OS is finally over, fingers crossed.