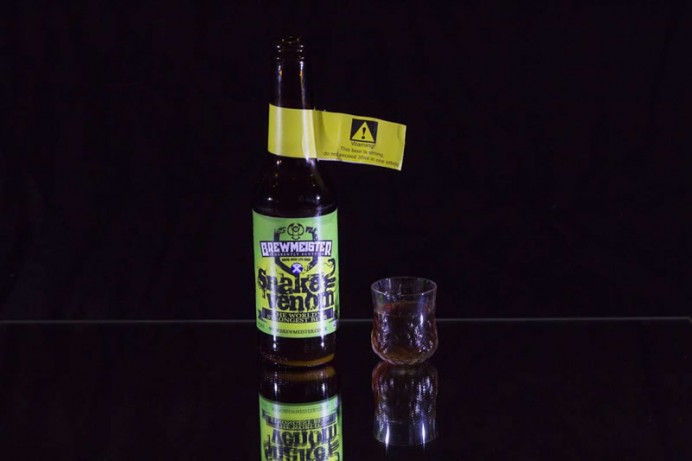 With 67.5 pc alcohol, is the world’s strongest beer even beer?

Brewmaster’s Snake Venom beer may have a name that’s trying too hard, but it sure does have alcoholic content that does the trick. Being the world’s strongest beer may not necessarily make a product popular because beer is all about guzzling after all. The beer is said to have been made with a number of different malts including peat smoked malt, acid malt and chocolate malt. You can imagine the dance of flavors on your tongue when this hits you but we’re sure that the harder hit will aim right for your brain. The dark brown beer bottle puts up a warning that you shouldn’t consume more than 35 ml of the beverage. It’s more like those carcinogenic warnings on cigarette packets. All for nothing.

So, beer drinkers seem to be on the brink of losing the ‘we are not real alcoholics’ tab. Their means to a perfect beer drinking experience is strewn with instances like the Snake Venom beer, dropping in every now and then to torment them.