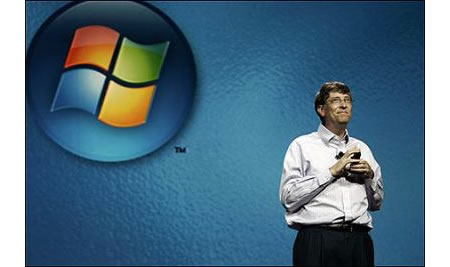 Microsoft head honcho Bill Gates said that an accelerating consumer shift to digital lifestyles had helped make the operating system the fastest selling in history, and the more expensive premium edition accounted for nearly 78% of Vista sales. Introduced in Jan 30, Microsoft has managed to sell an astounding 40 million licenses or about 400,000 licenses a day. At this rate new Vista users will take around –
8 weeks to beat Mac users
3 days to exceed Linux desktop users
4 days to exceed Mac sales

Microsoft has also lined up its next generation server software formerly known as “Longhorn” — Windows Server 2008 for debut in the second half of 2007. I wonder how many licenses were sold in China.