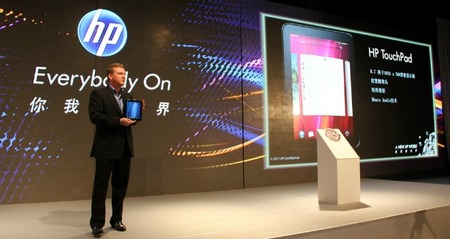 Windows 8-based tablet by HP rumored

HP has been keeping close ties with Microsoft, and seems to pretty much enjoy it too! We just got wind of what might just be a future HP tablet, supporting Windows 8! Currently, HP has a tablet running Windows 7 in the market called the Slate 500. Hewlett Packard might just however have to pull out something a lot more impressive than just that to keep up with the likes of Samsung and Apple in the tablet-market. Also, the company has no wishes of developing tablets with Google’s Android operating systems whatsoever, choosing to stay loyal to Microsoft Windows. For now, the HP TouchPad is in works, sporting a WebOS and will soon show up in markets. And if the rumors we’ve been hearing are true indeed, we might just have a Windows 8 by HP soon!