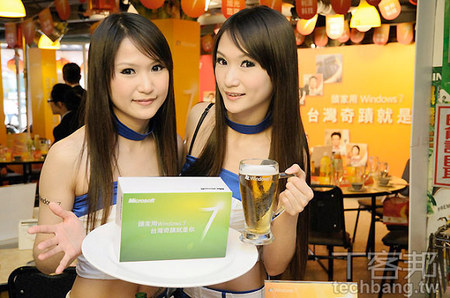 Windows 7 Themed meals, for those can’t get enough of the OS, they need to eat it as well

In some sort of bid to get the public more into the whole Windows 7 world outside of a computer screen, Microsoft has apparently taken to the restaurants. A restaurant called Hot Fried 77 that’s opened in Taiwan, has a dish called the Windows 7 Whopper. However this is not the only meal that’s on their menu as Windows 7 themed meals is are all over the place that are priced at around $3 (USD). Engadget liked this idea so much they’ve even got a caption contest going. Here are a couple of the good ones, for more head on over here.