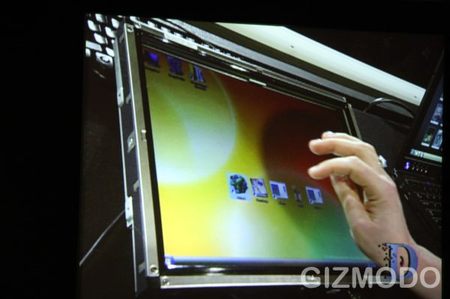 Here are a few pictures and a video for you to savor till the real thing comes to town, Ladies and Gentlemen, presenting…Windows 7. Bill Gates and Steve Ballmer unveiled the successor of Windows Vista in person at the All Things D conference. The preview demoed the mixing of multi-touch directly into all application layers, allowing users to use multiple fingers in Paint, resize and rotate photographs, and performing many actions similar to that of the iPhone. They also showcased Microsoft Virtual Earth, which can be navigated by touch in both “road” and “aerial” views. For example if you wish to search for Starbucks, you just need to touch the pushpin representing the desired location, and information about the café will appear. The details of the demo go like this:
• There will be a OSX-like dock, though how OS X-like is not yet clear.
• Multi-touch gestures in photo galleries include two-finger zoom, flicking, and panning. Photos can be rotated, drawn on, zoomed, organized into a 3D slideshow, viewed in a grid mode, or scattered across the virtual surface.
Similar to the photo app on the Microsoft Surface table.
• Multi-touch paint program where you can draw with 10 fingers
• Multi-touch piano app
• In-depth mapping application that takes on from Microsoft’s Live Maps and Microsoft Virtual Earth

Video: Multi-Touch in Windows 7
Bill Gates hinted briefly that this would just be the beginning, that Microsoft would explore speech, gesture, vision, ink, and other near-future technologies.
Windows 7 will supposedly be out in 18 months time. 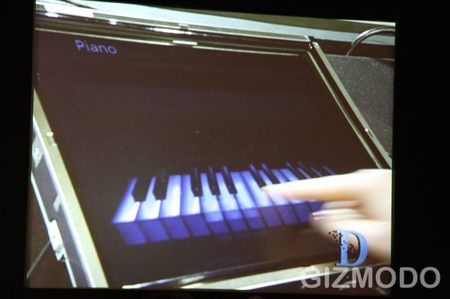 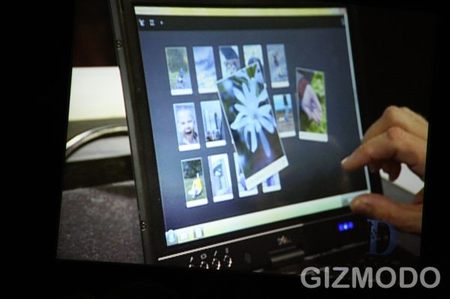 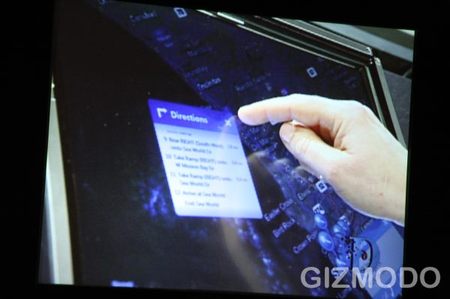 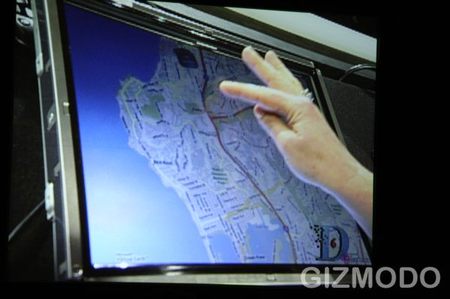 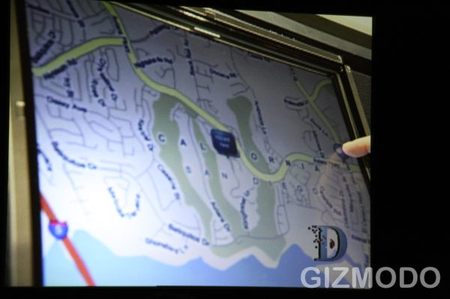 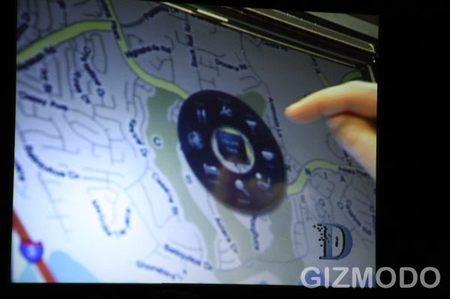 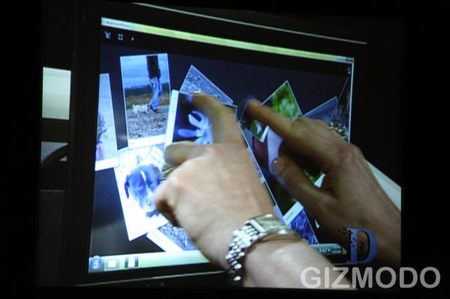