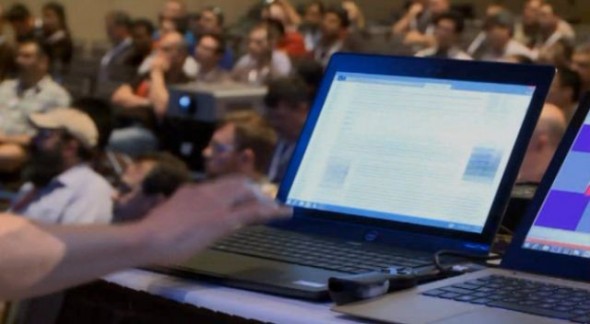 Windows 8.1 laptops to come with ‘Precision Touchpad’ jointly developed by Microsoft and Intel

With the advent of Tablets, the PC manufacturing industry’s focus has shifted toward improving the touchscreen technology. Even the newer OS, like Win 8, are becoming more touch centric. The good old fashioned touchpads on laptops, which still quite a lot of people prefer, has seen very little improvement in the recent times. But, Microsoft and Intel are working together to improve the touchpad experience. At the BUILD 2013 developer conference last week, Microsoft program manager James Clarke took demoed something he called Precision Touchpad. The prototype trackpad offered the same kind of precise interaction with the laptop screen as achieved on good quality touchscreens.


Microsoft wants the touchpad experience to be consistent among all the different notebook models. Frankly speaking, some of the PC OEM’s have rubbish trackpads which overshadows the notebooks performance. The Precision Touchpad hardware will have a better gesture control, scrolling and improved scrolling. According to Clarke, the first notebooks with the touchpad will start rolling out at the end 2013 along the new Windows 8.1. By 2014, he expects it to become a standard feature. There’s no word on which OEM’s will adopt this new hardware in their line-up.