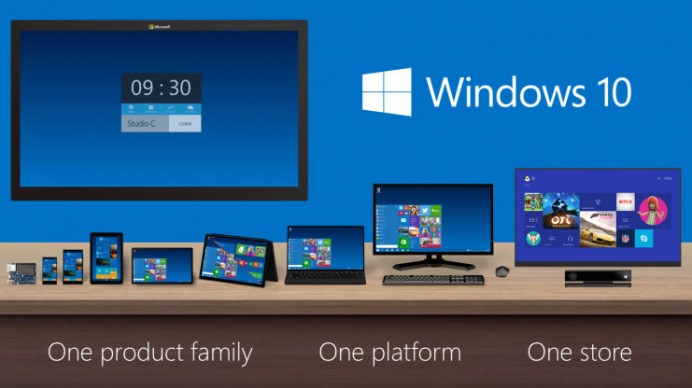 Almost after two years after the Windows 8, Microsoft released its new flagship Operating System, Windows 10. They decided to skip the number 9, and call it Windows 10 for some weird reason. No, we won’t tell why is it called Windows 10 and not 9, instead we will tell you about some new cool features Windows 10 has to offer. Windows 10 will has been designed to work on various platforms such as PC, Tablets and Phones with equal ease. Here’s a list of some of the most interesting new features of Windows 10:

1. If you are one of those who have been missing the start menu (which includes most of us), then there’s good news for you. Now there will be a Start menu on the side of the screen with your favourite shortcuts, plus there will be the Windows Live Tiles on the other side which can be customized.

2. A new concept of Virtual Desktop has been introduced which will replace the previous Task Bar. So now, you will be able to switch between various desktops.

3. For those who use multiple monitors, then there’s a new Snap app which you can use to open multiple applications side by side, on just one screen. So compose that email, and make the PowerPoint presentation side by side.

4. And finally there’s a Search button in the Task Bar! God! We missed this one so much, a Big thank you to Microsoft for this one. Also the Search and File explorer will show the frequently and recently visited files and folders, which will make the retrieval faster.

6. Another new and a much needed feature that has been added is Continuum, it will change the Windows 10 User Interface depending upon the device you are using. For example, if you are using a keyboard and a mouse, the screen will have a classic desktop mode, and then you Jump to a tablet, the screen will automatically swtich to Tablet mode.

The new Windows looks quite promising and looks like a nice blend of the older version of Windows and Windows 8. Windows 10 will see its launch in mid-2015, but if you are a Windows fan and can’t wait for so long, the you can check it out on Windows Insider, which will be launched today. Windows Insider will let you test Windows 10, give feedback and also provide inputs on how it can be improved!