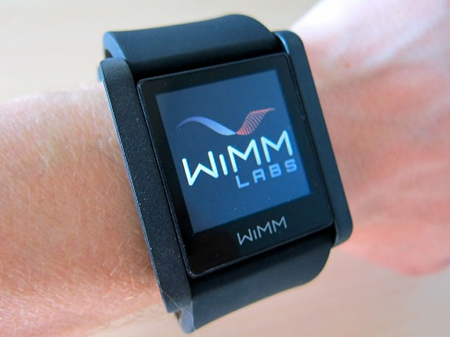 You may wish that it got a lot slimmer and smaller than the ultra-thin phone we have and it has. It’s gone into your wristwatch, the cellphone. With the WIMM One Wearable Android Device being revealed here, we have enough evidence that the wristwatch is the next best thing to phones. This particular gizmo comes with a 1.4-inch screen, an accelerometer, a magnetometer, 32GB storage space, Bluetooth and Wi-Fi support. What’s more is that the body of the WIMM One detaches from the strap so you can replace the strap if it gets ruined.

The WIMM One Android device will run its own mini applications. This may be an interesting thing to see since we can only imagine how you could marry small screens with android lushness.
Geeky-Gadgets