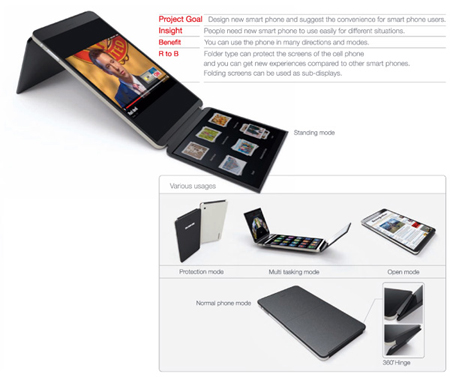 Though it’s very tempting for us to cancel-off concepts as would-bes and could-have-beens, it’s quite important for us to realize that they dictate the future of design. The clamshell form of phones hasn’t been the most popular form ever since slide out QWERTY keyboards came along. However, this modern design seems to bathe in the glory of ‘foldable’ phones of the era unremembered and goes on to make a foldable masquerade of a phone. Convenience is the aim, no doubt, with the stand-like first flap, the main body flap and the lover flap for input purposes. But the end product may have too many ‘hinges’ to swing on that can fire back.