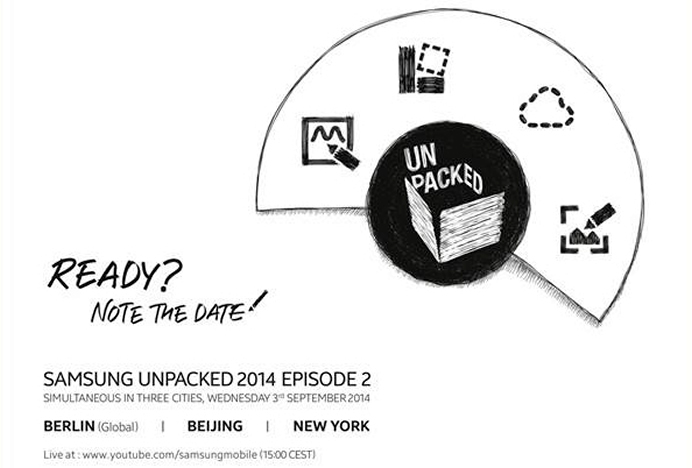 Will Samsung unleash the Galaxy Note 4 on the 3rd of September? We wait and watch…

Like always, South Korean technology superstar, Samsung, is currently busy readying itself for its next big flagship launch, the Galaxy Note 4. The extremely popular Note phablet series could soon see its newest family member step onboard as Samsung has sent out an invite for a 3rd September launch to the press. The invite cheekily invites readers to “note the date”, an obvious hint at the fact that the manufacturer plans to unveil its next flagship soon! The unleashing of the new phone happens to be lined up just a few days before Apple’s next big release and we’re hoping for a good show by Samsung.

In the past, Samsung has managed to woo the world with its Galaxy Note lineup, offering premium devices with fabulously large screens, high performance insides and more. We don’t expect the Note 4 to be any less than its ancestors and we’re also quite curious to see what Samsung has to offer with its upcoming flagship model. For now, all we can guarantee is the fact that the upcoming Note 4 could very well pack a stylus, like every other Note, and will have you make a big fuss while trying to slip it into a tight pocket.