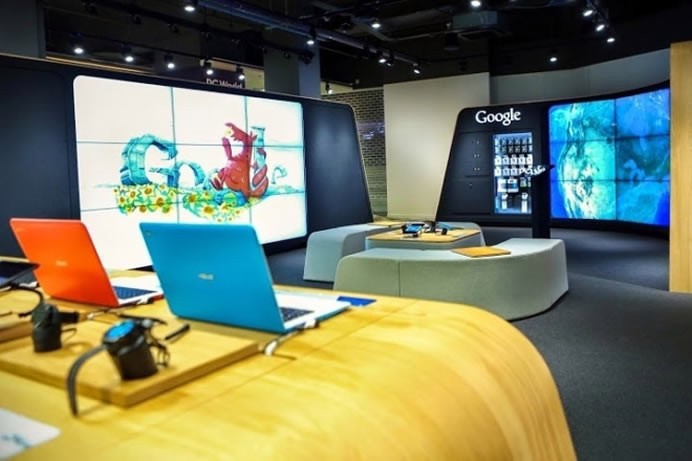 Why Google’s first store could be a geek’s landmark

Ever wondered what it would be like to have an actual Google store? The kind that Apple has with glass and steel and all those optical illusions. Would they beat them at it? Well, you can judge for yourself now. The Search giant has opened their first brick and mortar store in London, on the Tottenham Court Road. The store is located within Currys PC World, UK’s largest consumer electronic retailer. Visitors and buyers alike will be treated to some cool Chrome technology as well as have an opportunity to explore Android platforms and all that they have to offer. The store also packs a surround screen installation of Google Earth, a Doodle Wall and a Chromecast Pod.

Google plans to leverage the store to reach out an educate users about various security measures and also to engage them through Virtual Space Camps and other initiatives. The company said, “The Google shop will offer customers the chance to sample Google’s range of Android phones and tablets, Chromebook laptops and Chromecasts and learn about how they work together, from one device to the next, to make users’ lives as seamless as possible,”