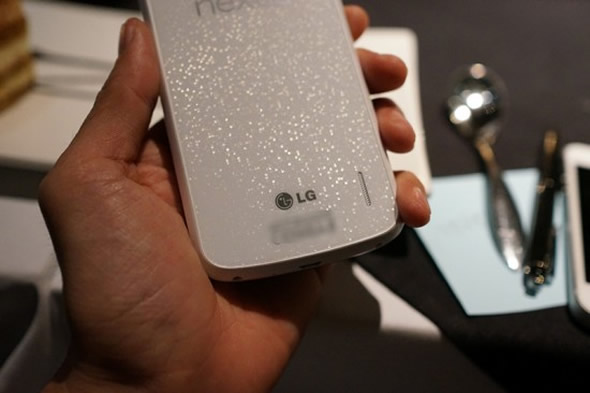 Android fans, like us, have been gushing-on about Google’s latest brainchild, the Nexus 4 by LG. This smartphone, designed to give its peers a run for all their worth, will soon be made available in a new color! Here’s bringing to you a peek at the Google Nexus 4 clothed in white. While the front of the phone continues with its black-color scheme, the smartphone’s back sports a white “crystal reflection process” back.
The new white Nexus 4’s camera and lens also sports a reflective trim, giving this phone a sophisticated touch. Apart from this, the smartphone’s specifications remain the same. Also, there has been no confirmation of the release date or pricing of the white Nexus 4. Stay tuned for more! 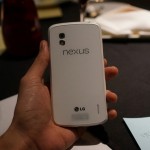 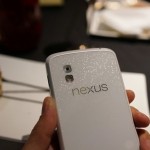 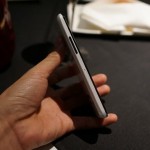 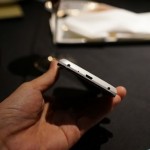 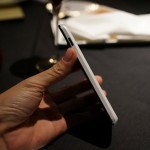 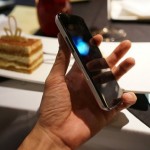 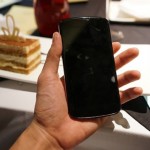 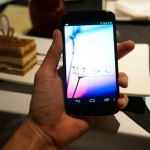 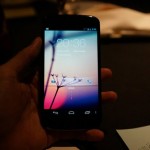 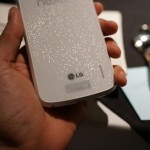