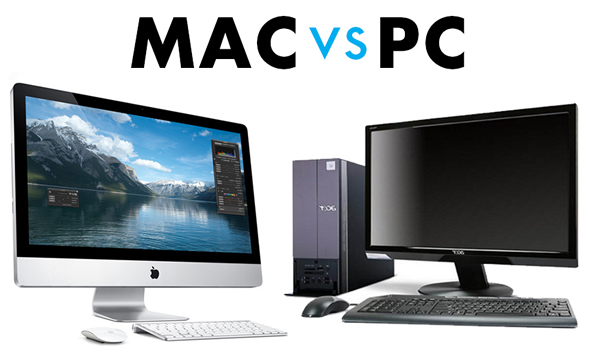 Which is better for gamers: PC or Mac?

In the past decade, video games have surpassed the film industry as the preferred choice of entertainment the world over. More people nowadays have opted to play the latest game releases rather than take in the latest releases at the cinema; and with such a wide range of hardware available on which to play them, the debate has raged over which is the better format: PC or Mac?


In terms of graphics, both systems are capable of playing the very latest games – provided you’ve got the cash to back it up. Graphics cards are expensive and rely heavily on the computer’s processor to be able to draw up the fancy images you’d see in the midst of battle – another expensive aspect of a computer build which could be prohibitive to some. While PC hardware remains affordable for the most part – provided you’re not looking to tool up with the very latest tech – getting the same level of performance for your Mac can be very costly indeed.

Two more major aspects to consider when choosing the right hardware for you play heavily in the PC’s favour: the security of your computer and the number of playable games available. Because the number of worldwide PC users is far greater than Mac users, video game companies don’t often go through the expensive process of converting or ‘porting’ their products from PC to Mac. The same goes for those malicious coders who write viruses; their time is better spent targeting PCs because of the much higher chances of spreading infection. Provided that either type of computer is properly protected, this won’t be an issue – but PC nonetheless is perfectly placed to attract gamers due to its much larger library.

If a games producer wants to attract the largest audience possible, it’s best to create a game that isn’t too taxing on either type of computer to run; it should boast simplistic yet eye-catching graphics, be properly secure and also boast an appeal to all kinds of gamer. The realistic experience offered by these games won’t melt your processor; nor will it differ too wildly between PC and Mac versions. The security of the software you’re using – whether in-browser or through downloadable programs – is such that you’ll be able to place your bets safely and securely.

The on-going debate between PC and Mac as to which will perform better for gamers is one that will rage on for years to come, but for now the best option would be to choose games which are fun and highly playable no matter what the platform.