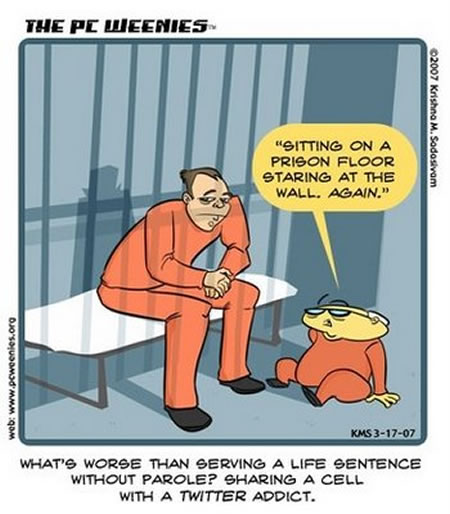 The power of the internet has become such that even the authorities believe that it controls our very lives and can prevent or create actions of our behavior. I mean social networking has reached such a stage that a man can get arrested if he doesn’t post a Tweet on Twitter when the authorities have asked him to. It probably sounds ridiculous but in my humble opinion it is! James Roppo, a senior vice president of Island Def Jam Records, was recently arrested by authorities at an event for – endangering the welfare of a minor and obstructing government administration. He didn’t post a tweet when ‘ordered’ to.

At a recent event hosted by the record label for YouTube sensation Justin Bieber, where a boisterous gathering of fans apparently got a little too up close and personal with the star, the record exec was asked to post a tweet on the site requesting the throng of fans to please leave. Failing to do so, authorities took Roppo into custody, probably laughing his head off all the way or simply believing that it was all just a dream. While there usually are two sides to every story, Roppo has pleaded not guilty to sending a tweet saying that the star would be signing autographs after the crowd had already left. Firstly I’d like to know which crowd of crazy teenagers is going to be paying attention to their mobile devices or other for a single tweet and secondly would that have really made a difference, really? Now he’s got something to tweet about.
[Mashable]