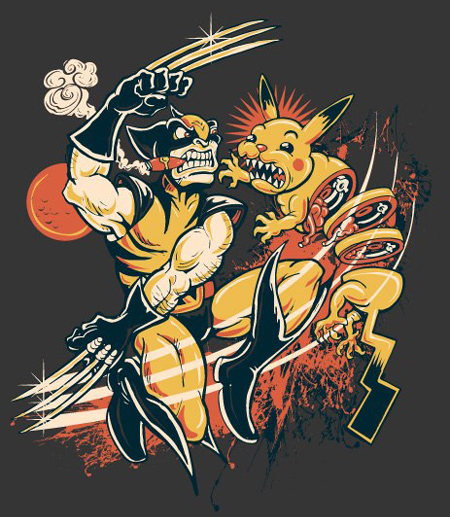 If you’re a slow reader then make sure you head here and book this tee, since it’s only three days since this was written that the tee would remain. So, what’s all the fuss? Well, it’s not just another tee with another big brand name and smart catchphrases. This one has the epic battle that most of us would pay big to see. It’s the magic of the West facing the might of the east. Each direction on the globe, represented by Wolverine and Pikachu, respectively. I don’t know how are it would be on a Pokemon fan to watch the sliced up Pickachu but being a Logan fan, I’m totally game for it.

Pick it up for just $14. It’s a smart way to give those Pokemon-hugging kindergarten kids some real sick stomach moments.
GeeksAreSexy