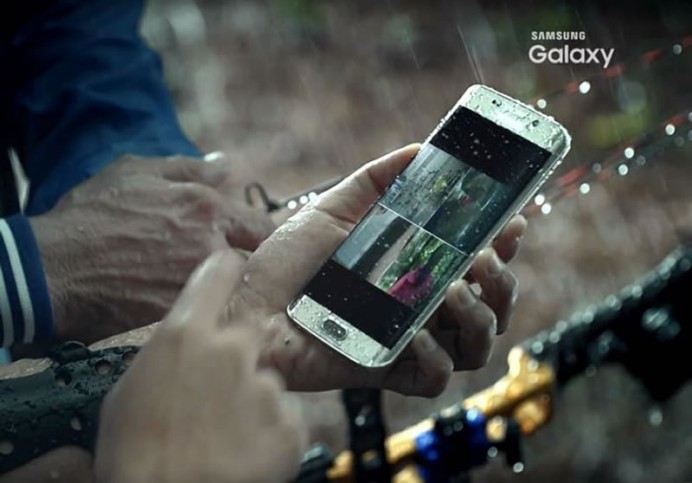 There’s not long to go for the Samsung Galaxy S7 and the S7 Edge announcement on February 21 but we could do with all the media dope we could manage for now. Samsung Indonesia has obliged by releasing a video of the Samsung Galaxy S7 that showcases its ability to be used in the rain. Available with a 5.1-inch Quad HD display with resolutions of 1560 x 1440 pixels, the phone will most likely be powered by a Qualcomm Snapdragon 820 or Exynos 8990. It will be accompanied by the Samsung S7 Edge and both handsets are likely to include 4GB RAM, storage of 64GB, microSD card slot for expansion and a battery that could offer 3600 mAh. It will also have a 12-megapixel rear camera and a 5-megapixel front camera and it goes without saying that the Android 6.0.1 Marshmallow device will offer support for 4G LTE.


Pre-orders for the Samsung Galaxy S7 are expected to commence from 21st itself. The idea of an accompanying VR set is something that’s got everyone more than excited.