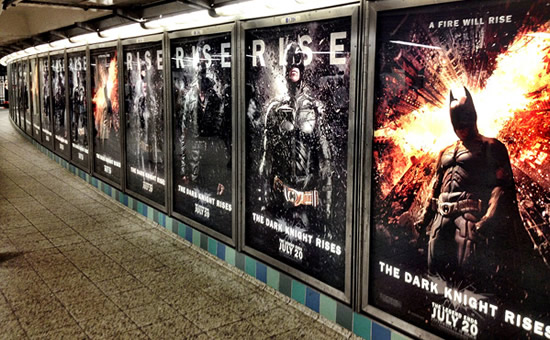 With Christopher Nolan’s The Dark Knight Rises just around the corner, billboards have already begun sprouting up quickly in an attempt to keep the buzz alive, and as far as we’re concerned, Warner Bros’ advertising efforts seem to be succeeding gallantly! We just spotted this extremely out-of-the-box billboard announcing the release date of the movie. Sporting a trashed-out look with the shape of a bat outlining the wreckage, the billboard showed up in Los Angeles and has caught quite the attention lately. The movie, co-written by Christopher & Jonathan Nolanm is scheduled to hit theater screens by the 20th of July and will also be the last Batman-flick to be directed by the Oscar nominated British filmmaker. 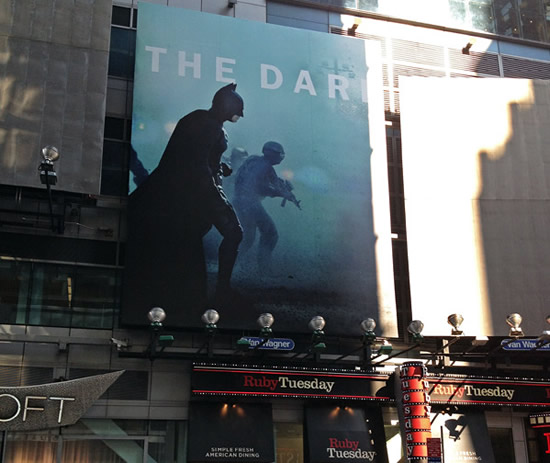 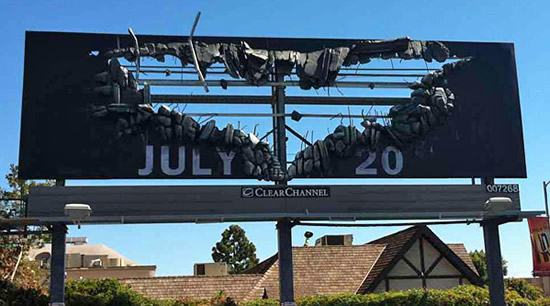