In an attempt to take on the likes of the Segway and Trike, VW has designed what could be the next best thing in convenient personal transportation. An electric scooter, that hasn’t quite got an official name yet, has been making the rounds on the internet and getting some attention from vehicle fans. This slick but slightly radical looking design might look quite bulky as is but it folds away into something much smaller that, it’s said, could fit into the trunk of a car. 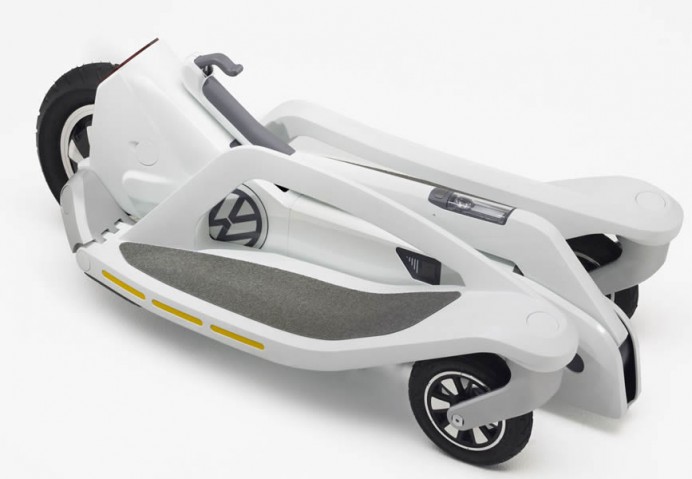 However, judging by the photos, even after it’s folded, the three-wheeled scooter still looks a bit large and might not be something one could carry around with them in person. It’s being dubbed as a “last-mile surfer” which essentially translates to vehicles that will make walking from the car park to your office building a redundant exercise. It weighs in at 24 pounds with its electric motor that could go for about 12 miles on a single charge.

This foldable scooter is getting ready to make an official debut sometime in the second part of 2016 and is said to cost less than $1100 (1000 Euros). That could make it quite a bargain if someone doesn’t come up with something better that launches before this does.