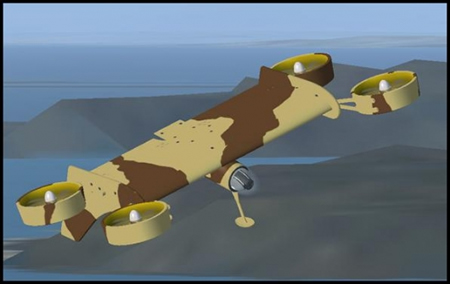 Unmanned aerial vehicles UAVs, Drones or whatever they’re calling them these days are getting increasingly more sophisticated, or so one would think. Britain’s VTOL Technologies has developed a new design that they claim can deliver a much higher payload capacity considering its smaller and lighter size and will also be capable of up to four times the endurance of current vertical take-off and landing (VTOL) vehicles in its class. Their design has apparently done away with unnecessary elements that add extra weight to other devices construction and simplified the concept altogether. The company even claims that even if its systems fail, the flying-wing design form will enable it to stay airborne long enough for it be repaired on the ‘fly’, so to speak. It’s a great idea and seems like a real winner. By the way it’s just the wing, there is no plane attached. Radical!