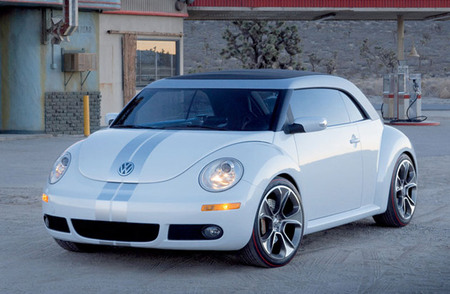 Well the good old bug had to sprout new wings, shed some skin and move on to the next level. Looking at the current trend, the next big this is going hybrid and that’s what the Beetle’s been subject to. Autocar reported that the company is planning a wholesome redesign that will include this Beetle that will come along with a drivetrain that resembles the New Compact Coupe. It will also include a li-ion battery pack, a 20 kilowatt electric motor, 177 hp, 110 pound feet of torque and a 45 average (per gallon). 2012 will also see the company release a hybrid Jetta and an electric Golf in 2013.
[Fastcompany]