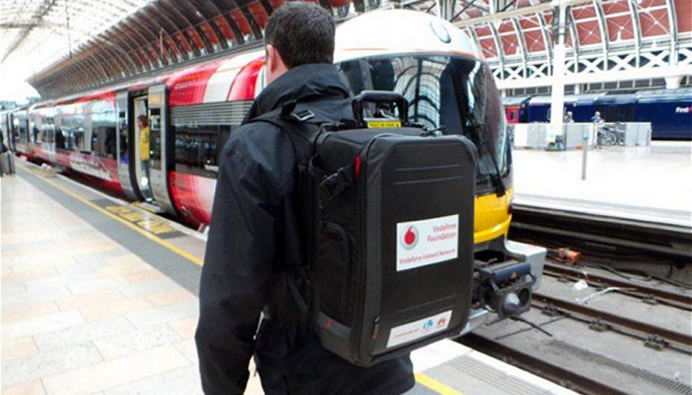 When there’s an emergency, there’s nothing more relieving than being accessible to those close to you. Vodafone Foundation, the company’s philanthropic arm has just created a phenomenal backpack that not only looks good, but functions to save lives! The 24-pound mobile network within the backpack helps users connect in the unfortunate even of a disaster and update friends and family about their well-being. The capacity that this little mobile network can create includes 2G GSM connectivity for several text messages and five simultaneous calls within a 328-foot radius. The system houses a GSM base transceiver that uses satellite connection to form a host network. They call it the Instant Network Mini.

The Mini was developed in collaboration with the company’s Spanish division, Huawei and an NGO called Télécoms Sans Frontières. This has already found its use during Vodafone’s mission to the Philippines following Typhoon Haiyan. A pair of 220-pound kits helped get across about 1.4 million text messages and 443,288 calls in 29 days.