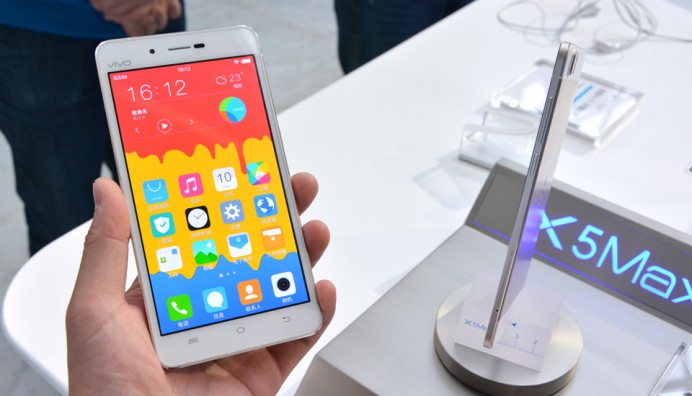 The Chinese smartphone companies are not kidding; they have really got one hell of a thinnest smartphone equipped with robust specs. We told you about the rumours of Vivo making the thinnest smartphone ever with the thickness of 3.85 mm. Well, the first part of the rumour was true, and thankfully the second part wasn’t as the smartphone from Vivo called X5Max will be 4.75 mm; which is still thinner than Oppo’s R5 and Gionee’s Elife S5.1 which 5.1mm thick. The thinness doesn’t compromise the specs as it has a 5.5 inch 1080p super AMOLED screen, 13 megapixel back camera and a 5 megapixel front camera. One feature that needs to be appreciated is the 3.5 mm headphone jack despite the thinness which other smartphones in the same league don’t have. X5Max is also a dual SIM phone which can hold one Micro SIM and one Nano SIM. The best part, you can replace the Nano SIM with a 128 GB memory card. X5Maxhas some powerful hardware too, it has Qualcomm Snapdragon 615 chip that’s both octa-core (quad 1.7GHz Cortex-A53 and quad 1GHz Cortex-A53) and 64-bit ready. And oh the 2,000 mAh battery will also last you for a whole day without charge. 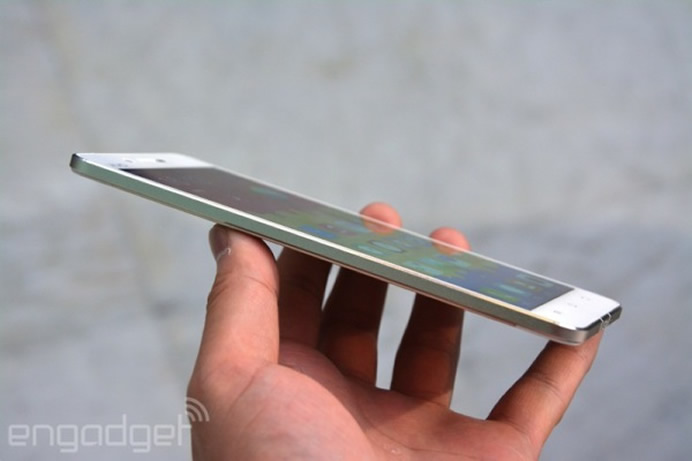 Other than their obsession with the slimmest smartphones, the other thing that the Chinese cannot compromise on is the audio quality. X5Max has Yamaha YSS-205X signal processor, Sabre ES9018K2M DAC, exclusive Sabre ES9601 headphone amplifier and OPA1612 amplifier to give you excellent sound quality. Like it or not the smartphone also has karaoke. The weight of the smartphone has not been announced as of now. X5Max will be launched in China on December 12th and will retail for CN¥2,998. 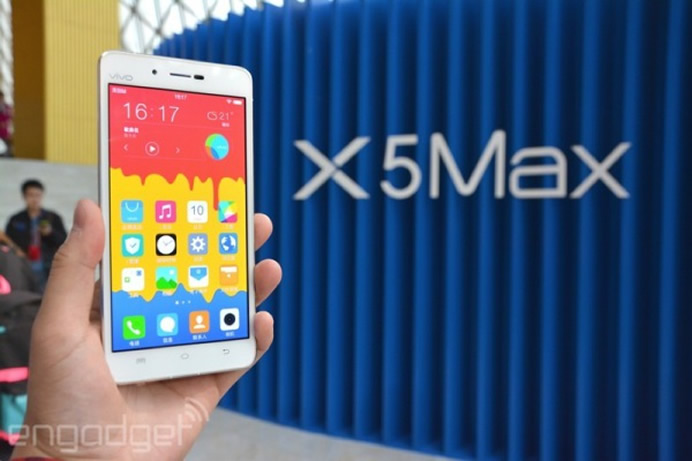 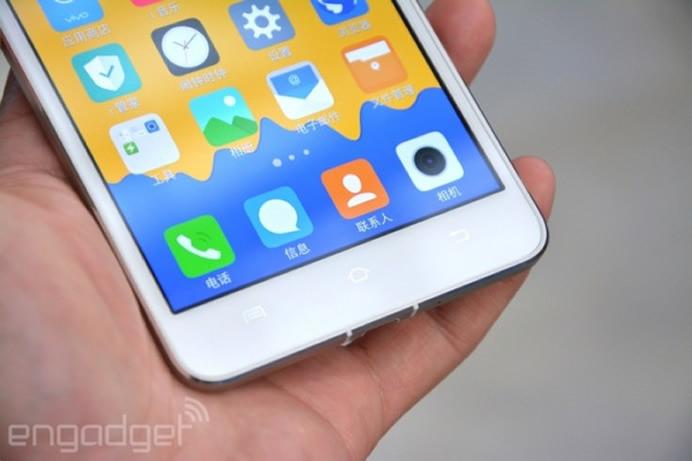 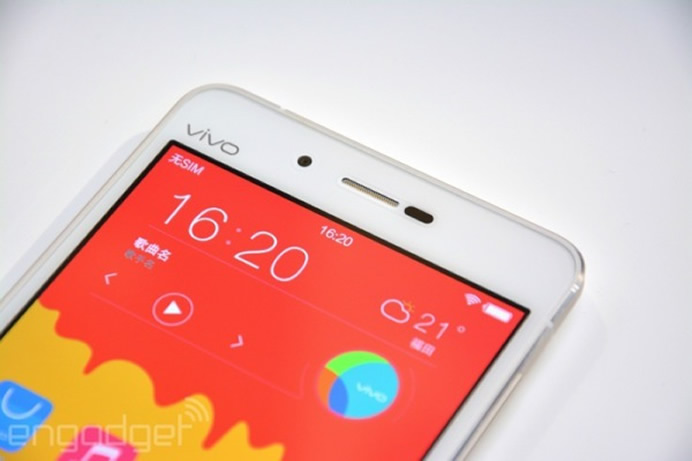