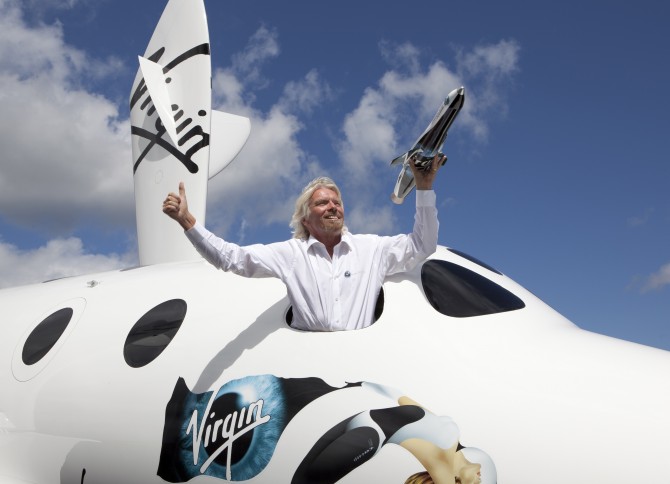 Virgin Galactic accepting Bitcoin as payment for tickets into space

Bitcoin is fast becoming a popular form of currency the world over. With online shopping in the US in time for the holidays Bitcoinshop.us has already created an acceptance of the system. Canada already has its first Bitcoin ATM for people to start new accounts and exchange currency for Bitcoins. German has already deemed it as legal private money and even the Australians are allowing citizens to purchase vehicles with the currency. So naturally when Sir Richard Branson’s thinks that his Virgin Galactic tickets could be bought with Bitcoin currency, it’s not as surprising as it should have been. The suave Virgin Galactic owner recently announced that those seeking their way for a trip to the stars can now pay for their trio using Bitcoin.

A report quoted Branson as saying that all of our future astronauts are pioneers in their own right, and this is one more way to be forward-thinking. A good line if I ever read one. A ticket was already purchased using Bitcoin on the day of the announcement. The price per ticket is a whopping $250,000 and for those paying in Bitcoin, the amount will be transferred into US dollars to establish a fixed price in case of a refund (cancellations can be made up to three months in advance). Branson, a Bitcoin investor himself, is quite ‘on-board’ with the currency and even suggested that those who can afford it, should consider investing. He hopes that this form of payment and currency will become a more widely used form globally and he’s right, with a little government regulation Bitcoin could have a “bright and shiny” future, for now, it’s your ticket to the final frontier.