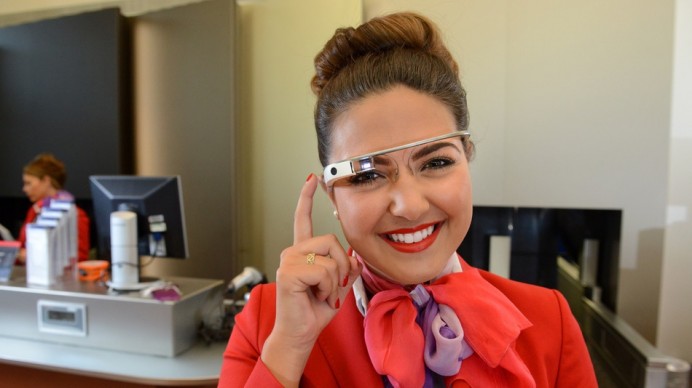 As Dubai Police force gets smarter with the use their new cool gadget Google Glass, now Google Glass has found its way into Virgin Atlantic Airlines to make the lives of the travellers easier. Virgin Atlantic will be the first one to conduct the trials of the Google Glass to scan the passports of the passengers and issue them boarding passes with the use of mini printers. Along with Google Glass, the Virgin Atlantic crew also used Sony smartwatch to provide passengers accurate information about the flight. The trials of the smartglass and the smartwatch were initially done only for the first class passengers, but now the facilities will be given in the general check-in areas also. It will help in reducing the waiting time of the customers substantially. The six weeks trails have garnered some immense success. 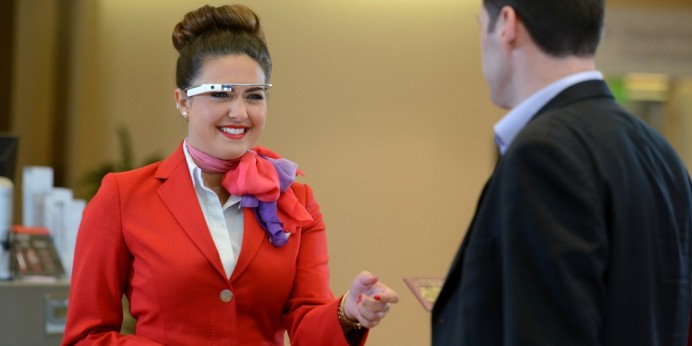 The Chief Information Officer “David Bulman” said that apart from Google Glass they are also trailing other glasses and some apps too which will allow the airport staff to take the picture of the passport and then check it with their system to find the booking information and other detail. The mini printers can be attached to the belts of the staff to give print outs of the boarding passes et al to the passengers in a jiffy. Edinburgh was the first airport to use the Google Glass. Virgin Atlantic will be doing some more trails, the details of which have not been revealed yet.