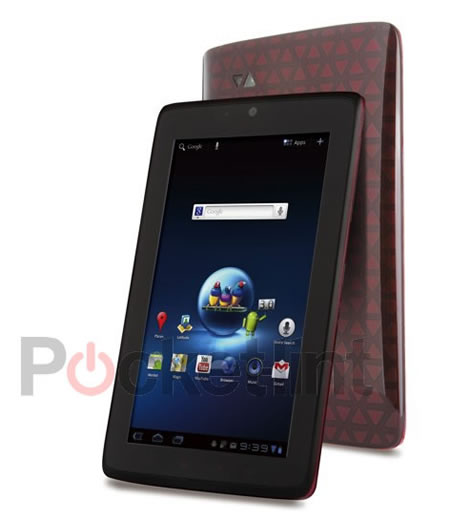 While everyone’s busy making promises of smaller Honeycomb tablets, Viewsonic decided to step a yard further, unveiling the world’s first 7-inch Honeycomb tablet, the ViewPad 7x, an upscaled version of the currently available ViewPad 7. To be shown-off to the public at this year’s trade show in Taipei, this tablet chooses to stay away from the Android 2.3.3, instead sticking to the Honeycomb OS, making it the world’s first 7-inch tablet to do so. That’s not all. Viewsonic’s newest offspring also packs a Nvidia Tegra 2 chip (dual-core), two cameras, on up ahead and one behind, HSPA+ and better connectivity too.

Weighing in at 380 grams, this one also supports DLNA and HDMI too. For now, no news has surfaced in regards to the pricing or the version of Honeycomb this one’s carrying along, the 3.0 or the 3.1. Walk back here for more on the ViewPad 7x soon!
[Pocket-lint]