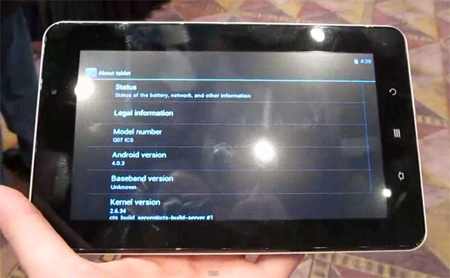 When the guys at ViewSonic decided to come up with an inexpensive tablet, they made sure their brainchild wouldn’t look like a tacky rip-off, and they’ve pretty much stuck to their word, with this beautiful new release that showed up at the CES 2012. The ViewSonic e70 tablet, besides being pocket-friendly, also sports impressive specs including a 7″ (800 x 480) capacitive touchscreen display, a 1GHz single core processor, and Android 4.0 Ice Cream Sandwich. Packing a microSD card slot, microHDMI port, 4GB of internal storage and preinstalled with the Amazon Appstore and Amazon Kindle app, the e70 is bound to give its peers a run for all their worth, with a price tag as low as $169.to hit store shelves in the near future, the e70 certainly is a fabulous piece of technology that doesn’t blow your pocket to smithereens.