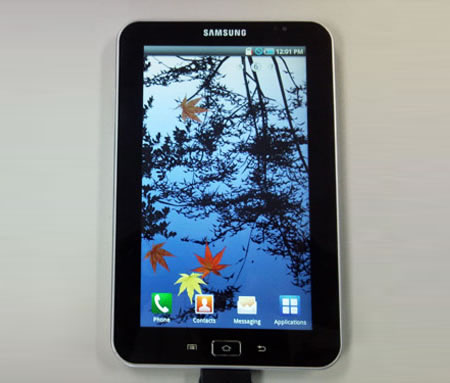 Well there’s something good every day and today’s bit of good comes from Sydney where the device is being tested and has been spotted and thankfully filmed as well. So there’s a video that we’d like to share with you and also a little more on the tablet that has till now, been quite well concealed. It will run on the Android platform and will provide users with a 7 inch screen and a 1GHz ARM processor that’s used in the Galaxy S.

We’re totally awaiting more on the Samsung Galaxy Tab. We’re expecting it to be something impactful. Wait, impactful isn’t a word, is it?