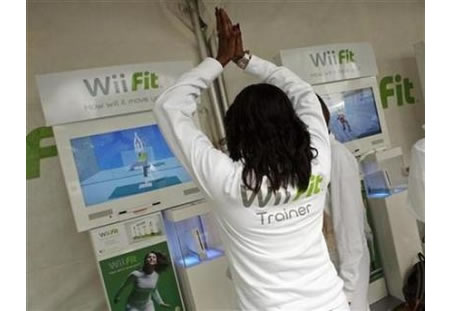 Video Games And Health Therapy Get A New Equation with Ubisoft

On one hand we have people pumping in $8.2 million to12 research teams to study and discover if there could really be any medical benefits from playing videogames. On the other hand we have Miyamoto telling us the Wii Fit should not be used as a fitness machine, but as a tool to make us aware of our body. However there is still another section that believes in the success of the Wii Fit and is introducing new titles with a healthy focus. The French game publisher Ubisoft’s “Allen Carr’s Easyway to Stop Smoking” is a fine example and will be out on Nintendo DS in November. Apparently, over 10 million smokers worldwide have turned to Allen Carr’s Easyway books, clinics or DVD in order to stop smoking but now smokers wanting to quit can instead play 14 mini-games. The games, designed by Ubisoft’s Quebec studio and Allen Carr’s team, focus on why people smoke rather than why they shouldn’t. Research shows that people absorb info better when they are actively and enjoyably engaged in a learning process. Ubisoft is also coming out with “My Weight Loss Coach” for Nintendo DS, this summer. This game comes with a pedometer that gamers can wear all day then plug into their DS to feed that data into a game.

If a player walks enough, the game will let them know when they’ve navigated the equivalent of the Great Wall of China.
My Weight Loss Coach features mini-games and quizzes on fitness, plus makes suggestions like taking the stairs rather than the elevator and parking farther away from the store.
Source