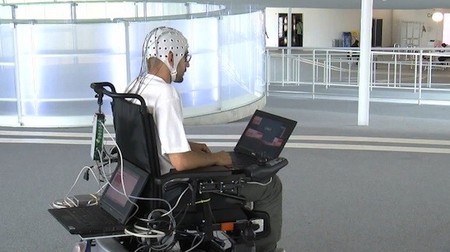 As cool as it may seem, the idea of a brain-controlled wheelchair is something that been intriguing us for quite a while and Professor Xavier from X-Men hasn’t done too much to deny us any amount of curiosity. This wheelchair by researchers at the École polytechnique fédérale de Lausanne (or EPFL) in Switzerland has raised quite a few eyebrows as its news spreads across the Internet. It picks up EEG readings to detect specific brain patterns and adds artificial intelligence to add better control to the wheelchair. This is achieved by the addition of a pair of cameras and some image processing software that will help distinguish between varying objects.

The video shows how it works. This wheelchair can make it a lot more cumbersome for those with impairments.