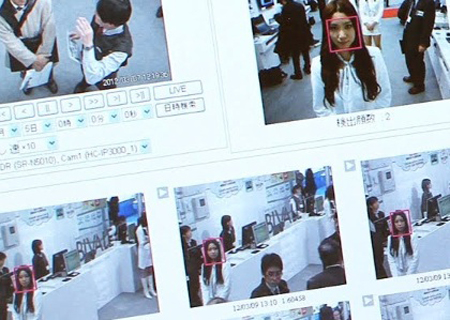 Talk about commendable processing speed and this device may well be the only one you picture. Developed by Hitachi, the surveillance camera manages to scan up to 36 million faces in just a second. This can simplify searching by displaying thumbnails, based on search queries, the images are grouped and searched through at tremendous speed. It also assumes that faces are turning at an angle of 30 degrees, which is quite phenomenal, an attribute in the comparison. This could really save the time taken in hunting for lost people, suspects and those who are tagged for some reason or the other. Video after the jump.

The product is supposed to be sold individually, to those with the right purposes. So if you’re a biggy, and want to spy on someone or look for someone, you know where to look.
The Star