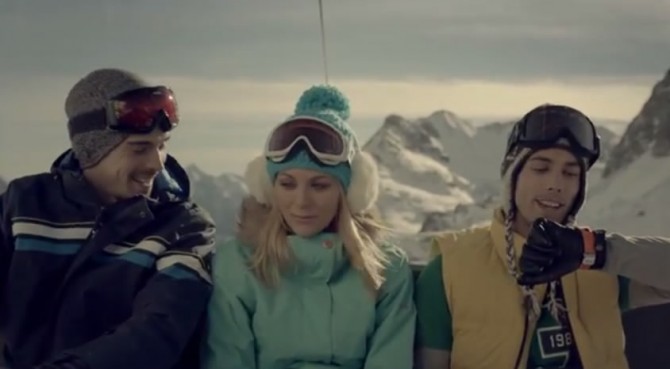 Video: Galaxy Note 3 and Gear ad is made for voyeurs and the vain

Some of us took notice of the whole Galaxy Gear thing that rolled in with the Samsung Galaxy Note 3. Then we got to reasoning what it meant. Maybe they company accepted the fact that the Note 3 was too huge to handle and needed something more portable as a proxy or relay to operate the phone more conveniently. So, they stuffed the latter into a watch-like contraption and called it Gear. However, we didn’t pay it much mind and concentrated only on how cool the Note 3 was, in all its independent ability. But then Samsung had a lot of smart watch-like accessories to sell and so they led in a barrage of advertisements like this one hear. It shows how a complete stranger goes about photographing and documenting a woman, showing off with an vanity overkill of an expression and eventually landing her up as his ski-date! And then, once you’re absolutely sure that this can work in favor of your pervasive side (that you’ve tamed down through much restrain), they ask you, ‘Are You Geared Up?’.


Portability is the rule of thumb for technology, something that Samsung have successfully defied by releasing progressively larger phones with each passing version. But then, there comes a day and time in everyone’s life when they begin wondering, why are we doing this? For Samsung, it’s a long time coming but for the ardent Android user, things may soon begin swinging the other way.